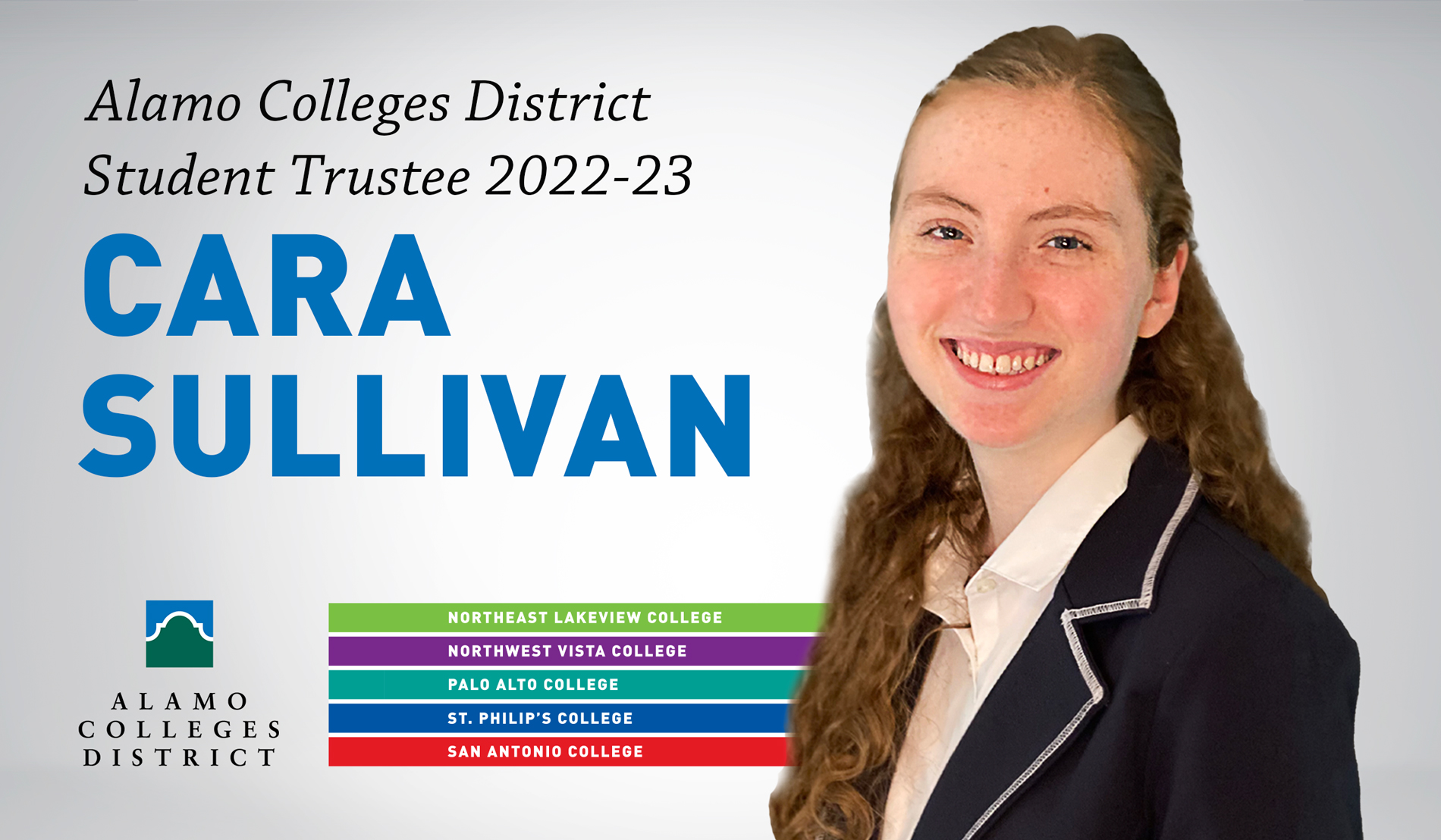 Sullivan will serve a one-year term that will begin May 1, 2022, and will run to April 30, 2023. The Alamo Colleges District is one of the few community college systems in the state of Texas with a student trustee.

“We appreciate the outstanding service to the Alamo Colleges of our outgoing student trustee, Aja Leija, who was closely involved with representing the district and initiated the #AlamoTOGETHER Student Forums, a series to promote conversation between students and their student leaders,” said Alamo Colleges District Chancellor Dr. Mike Flores. “We are eager to see the valuable contributions that Ms. Sullivan will make as a student representative on our board.”

Sullivan is currently in her second semester at NLC and is actively involved as Student Government Association president and as the NLC primary delegate to the Student District Council. She is an early admissions and homeschool dual credit student, currently studying Business Administration.

Sullivan has initiated grassroots development as well as working from the administrative level within various departments at NLC. During her time at NLC, she founded the EMerge Student Alliance, a supportive platform for high school program students, and is enrolled in the Honors Academy with a 4.0 GPA.

“I am active in the Alamo Colleges District because I want to give back to the district that has provided so much for me and I truly believe that we can build on the positive movement,” Sullivan said. “This is my second semester at the Alamo Colleges. I was astounded when I first arrived on campus at the welcoming and illuminating environment. I have already learned so much from my professors, staff advisors, and fellow students, and I want to use what I have learned to give back to the school that gives so much to me.”

Northwest Vista College student Shayde Woodard was named as the alternate student trustee. She will attend board meetings if Sullivan is unable to do so.