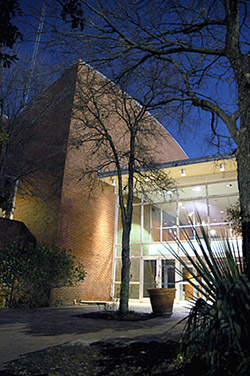 The McAllister Fine Arts (MCFA) Center is named after San Antonio financial leader and first President of the Board of Trustees, Walter William McAllister Sr., and also in honor of his son, Walter Jr., who carried on with much of the work his father began.

Walter Sr. co-founded the San Antonio Union Junior College District with James Otis Loftin in 1945, and was instrumental in the purchase of the first tract of land on San Pedro Avenue for San Antonio College.

The building first opened in 1956. Today, the building is home to the 1,000-seat McAllister Auditorium and the Speech and Theatre programs. 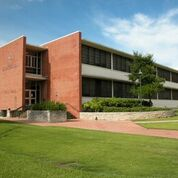 Named after G. Sealie McCreless, a original trustee and the third president of the San Antonio Union Junior College District. It was the first building constructed on the San Pedro campus between 1949 and 1950. Originally the Classroom Administration Building, it housed classrooms, faculty offices, the library, a small auditorium and the offices of the president, dean, registrar and business manager. Today it houses the McCreless Theater and the Departments of Mathematics and Computer Science and Reading and Education.