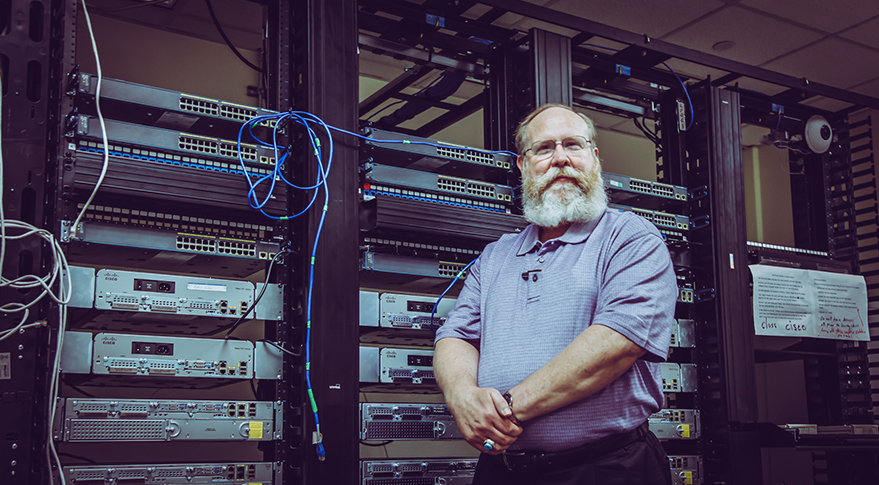 Benjamin Warren, a non-traditional sophomore in SAC's computer information systems (CIS) program, has always been interested in computers. However, he wasn’t always as skilled as he is now. In fact, before enrolling at SAC, Warren confesses his technical skills were rudimentary. According to Warren, the extent of his familiarity with computers consisted of him 'switching it on to play solitaire.'

Warren, a seasoned veteran of the Oil and Gas industry, changed the course of his career and his life after falling victim to a sudden layoff. His circumstances ultimately led him to move to San Antonio in January of 2016 and enroll at San Antonio College.

Today, Warren is poised to graduate with not one, but two associate degrees in information assurance and cyber security and in network administration. He credits his success to the dedicated San Antonio College faculty and staff whose doors were always open and who inspired him. “You can go to anyone for help,” Warren recollected.

As part of the program’s academic requirements, Warren completed an internship in the SAC Office of Technology Services (OTS) department where he was able to learn in a real-world setting with guidance from professionals in the field. Working in conjunction with the CIS program, OTS provides interns an opportunity to get hands-on experience.

In a tumultuous time in his life, Warren chose San Antonio College for the two-year program, the closeness to home, and the affordable tuition. His message to future students is simple. “The resources here are incredible, if you take advantage of them.”