Justin Blacklock, coordinator for speech workshops and director of the forensic program at San Antonio College, has been named Educator of the Year by the Texas Speech Communication Association. The award, given in the community college category, was announced in October at the association’s annual conference. 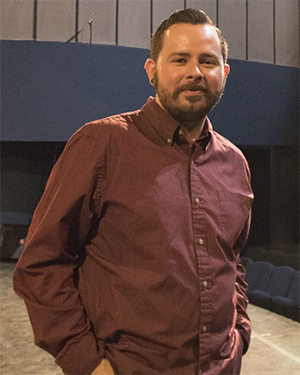 “I was thrilled,” said Blacklock about receiving the honor. “It was really interesting to have been a SAC student and have SAC give me the opportunity to further my education and then be able to bring the award back to SAC.”

A native of Corpus Christie, Blacklock came to SAC to study speech communication and was a member the speech team. He won a scholarship to Texas State University in San Marcos where he received a bachelor’s and master’s in communication studies.

Blacklock is in his eighth year of teaching and his fourth year teaching at SAC. This semester he is teaching Introduction to Speech Communication and Public Speaking.

At the Bayou City Swing, SAC’s three-person team won third place out of 12 colleges and universities. Only Texas State University, with a 12-member team, and the University of Texas at Austin, with more than 20 members, fared better.

“We are a small powerhouse,” said Blacklock.