Tragedy kept Derek Battle from his education. While still in high school, Battle, who goes by the name DRNG, lost his little brother to gun violence. The loss was too much to handle and he soon found himself drifting from one menial job to another. But he held on to a dream to make music one day and, after a few years, found himself in Los Angeles and the music industry. 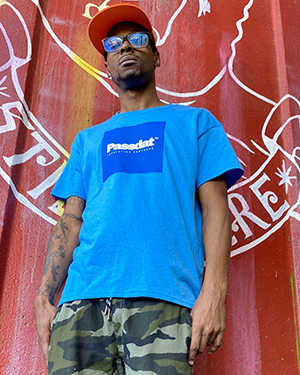 “I started off mixing it up with some local San Antonio artists. Made my way to L.A.  and won first place at the legendary hip hop spot called the Good Life Café,” said Battle.

Buoyed by the positive response, he made his way to record music at the legendary Westlake Recording Studios. “I ran into Snoop Dogg, Mary J. Blige, and Quincy Jones,” remembered Battle. “I also had a quick cameo appearance in a music video along with Xzbit, Sway Calloway, and Bronx b-boy legend Crazy Legs.”

He returned to San Antonio and started a collaboration with a producer named G Merce in 2007. Their goal was to create music that would be licensed for media. The duo had little success in the beginning and put their partnership on hold.

They gave their partnership another try and, in 2015, they hit the right note. They landed a deal with a leading independent publisher, worked with an L.A. music supervisor and  had their work included in several television series, including Charmed on the CW, Superstore on NBC, and Ten Days in the Valley on ABC.

Returning to School
At this point in his career, Battle decided it was time to go back to the classroom.

“Returning to school was always something that I wanted to do, but I was
focused on pursuing music,” he said.  “Once I accomplished that and entered the industry, I felt that I could benefit from gaining a clearer understanding of
best business practices”

Battle came to San Antonio College’s Empowerment Center and enrolled in the Seguir Adelante Adult Learning Academy to earn his GED. In his second semester, he is now completing his final GED test and is co-enrolled in college classes through the Dual Enrollment program. 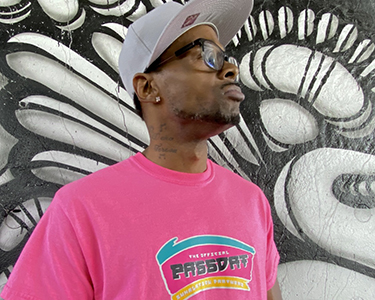 “Derek stood out almost immediately as someone who was driven and very enthusiastic about learning,” said Debbie Middleton, senior coordinator at the Empowerment Center.

“He continued to work on his music and would share his excitement about progress he was making in the music industry all the while getting just as excited about passing one of his GED tests. He was – and is – a hard-working student who I know inspired his classmates.”

“The entire staff at SAC and the Dual enrollment program have been very supportive,” said Battle. “They care about the success of the students and have provided effective solutions to the challenges that we are faced with.”

Future Plans
Battle, who has now been in the music business for three decades, said he plans to get a bachelor’s degree in business. He also wants to create opportunities in San Antonio ‘s creative arts community.

“I am also interested in developing or partnering with charitable organizations to help provide resources to those in underserved sectors within our city or helping the city itself reach, meet and maintain some of its goals,” he said.