The small but mighty SAC speech team came away with notable wins during the Fall 2021 tournament season. Under the guidance of Justin Blacklock, coordinator for speech workshops and director of the forensic program at San Antonio College, the team competed virtually in three tournaments. 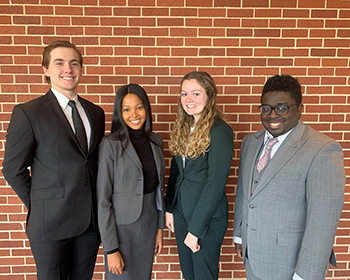 It was the first time all three students competed.

The speech team will resume competition in Spring 2022.