SAC is the first community college to receive the Google exploreCSR award. The $18,000 grant will support Engineering Program Coordinator Dr. Henry Griffith’s work in exposing students to research computing through an engineering platform. 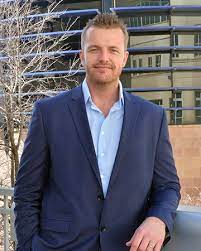 Griffith and SAC are among approximately 50 Google exploreCSR recipients from around the world, including four-year universities across the U.S., Europe and Asia.

Griffith, an assistant engineering professor who is also actively involved in research, is the principal investigator on the grant. The funding is a step forward for the engineering department, allowing students to learn about emerging technologies, he said.

“It’s providing equivalent opportunities to access emerging technologies like edge computing, wearables and artificial intelligence that traditionally haven’t been here,” Griffith said. “Students will learn advanced content including what AI is, what edge computing is, what research is, what makes a good publication.”

The funding will be used to update engineering program curriculum, to purchase hardware and to support a peer mentorship program that pairs selected SAC engineering students with students from UTSA.

The peer mentorship program is a key part of successfully introducing careers in computing research to students, especially Latinx and other minorities, Griffith said. Studies show that Latinx students may be less likely to pursue a research computing pathway due to a lack of self-efficacy and identity. In many cases, students don’t realize the field is even a possibility for them because they don’t see role models in that field.

“Whoever participates in this ideally sees that research can be for them,” said Griffith, who conducts research with universities including UTSA, Texas State and Michigan State. “A lot of what we’re trying to do is make students aware what a research pathway looks like, and at least at a basic level, give them the training to show they can do it.”

The program will pair SAC engineering students with juniors, seniors and early graduate students at UTSA who are involved in applying computing to engineering research. The exploreCSR award will fund a stipend for both mentors and mentees in the program.

“The ultimate goal is when they come out of it, they know they can do research and have basic skills to go further with their studies in research computing,” Griffith said.

Google’s exploreCSR program, which is usually awarded to four-year institutions, promotes research computing as a career to students from historically marginalized backgrounds.

Griffith, who is also a lecturer in UTSA’s Department of Electrical Engineering, implemented the program at UTSA last year with successful outcomes, which helped secure the grant for SAC.

“The first step is to close the innovation gap and make sure our students have equitable exposure to these engineering technologies that their counterparts have,” he said. “Everyone should have the same access to technologies in the innovation ecosystem.”