Jesse Borrego, a San Antonio native with an extensive list of film and television acting credits, will share the benefit of his experience with San Antonio College’s radio/television/broadcasting program. 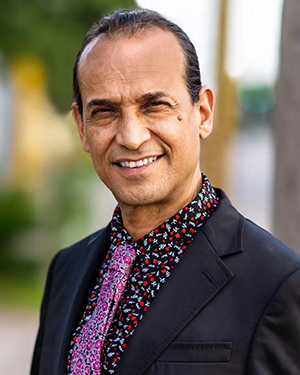 Borrego is the newest member of the program’s advisory committee, which consists of professionals in the local radio, television and broadcasting industry. In this role, he’ll offer his years of experience in television and film to shape the curriculum and overall direction of the program.

“My career has taught me many lessons and skill sets that can be shared in a creative educational environment that can bridge many challenges to the success of our students' future in their chosen field,” Borrego said.

Borrego’s credits include the television series 24, Dexter, Fear the Walking Dead, Miami Vice, Married with Children and Fame. He has also starred in many feature films, including Con Air, New York Stories, and Blood In, Blood Out, along with numerous stage performances. As of 2021, he is a voting member of the Academy of Motion Picture Arts and Sciences.

Borrego’s addition to the committee is part of the program’s efforts to expand its offerings in film, with a goal of eventually offering a film certificate that incorporates the program’s existing video, audio, editing, scriptwriting and lighting classes.

The renewed effort to expand SAC’s film offerings gained momentum in 2021 with the addition of Jesse’s brother, James Borrego, who is a professor at SAC specializing in film, video and multimedia production. He joined the faculty in 2021 after serving as an adjunct professor in film production at SAC for five years and as a senior producer at UTSA for more than 15 years.

“The advisory committee helps marry the real world to what we’re doing here at SAC to make sure students are as prepared as possible,” Bennett said.

SAC is strengthening its film offerings in response to student demand and an increasing film industry presence in Texas. Although film courses were once offered primarily at Northwest Vista College, increased enrollment is justifying an expanded film program at SAC, Bennett said. By preparing students for opportunities, the film industry will have access to local people to work with on productions, making San Antonio more attractive as a filming location.

“From all indications, we’re seeing that our students who are really good with audio, video and editing can work on any kind of production,” she said. “We feel like there’s an opportunity to be in on the beginning of what we hope is a new era for the film industry here in San Antonio.”