“A small percentage of chapters in Texas achieve the Five Star status and we are proud of our Executive Student Team of the Beta Nu Chapter for being recognized at the regional conference for their leadership and accomplishment,” said Dr. Jim Lucchelli, one of the advisors to the SAC chapter. 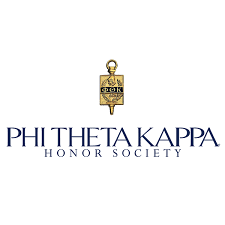 According to Lucchelli, students need to work on a college project, conduct research and report to the Honor Society through the Honors in Action requirement, and actively participate in leadership development at the regional level to be considered for Five Star status.

Other requirements include making students aware of opportunities within the Phi Theta Kappa Honor Society such as transfer scholarships and service awards and participate   at an international level at the CATALYST Annual Conference and/or attend the Honors Institute.

The Beta Nu chapter also received the Honors in Action Award and the College Project Participation Award. Lucchelli was honored with the Horizon Award, which recognizes experienced advisors who have, according to District V, “attained new levels of achievement in Phi Theta Kappa programs.”

Last month, the chapter welcomed 61 students into the honors society during their spring induction and awards ceremony at SAC. Members of the Phi Theta Kappa Honor Society Executive Team for 2022-23 were also announced:

Phi Theta Kappa is an international honor society which recognizes undergraduate college students with a G.P.A. of 3.5 or higher. Membership is lifetime and scholarships are often automatically given to PTK members upon transfer to some universities. Scholarships are also available for associate degrees.

The advisors for the chapter are Jeanette Bunch, Dr. Jacob-Aidan Martinez, and Dr. Jim Lucchelli.