When Dwayne Bohuslav began teaching architecture at San Antonio College, he knew he only would only have his students for two years. He decided to pack as much opportunity as possible into that limited time. 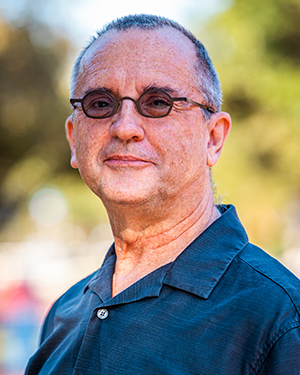 Over his 21 years at SAC, he’s created opportunities for students to design projects for San Antonio non-profit groups, collaborate with local environmental experts and job shadow area professionals. He’s even taken students on a field trip to Japan.

“Those are things that aren’t normally done at a community college, but I felt they should be done,” Bohuslav said. “Why shouldn’t we join the AIAS (American Institute of Architecture Students) and travel to national student conferences every year? We’ve done that for the last 12 years.”

That approach led the Texas Society of Architects to give Bohuslav a 2022 Honor Award for his outstanding contributions to the profession. Bohuslav, architecture program coordinator and associate professor, is the first community college professor to receive the award from the group, which is a state component of the American Institute of Architects.

“To be nominated for this prestigious award the first year a community college professor is eligible to receive it is the greatest honor that could be bestowed in recognition of my contributions,” Bohuslav said. “Although the honor is being awarded to me, this is for all of the community college architecture programs across Texas and the country that are just now beginning to be recognized for offering an alternative pathway into the profession.”

He also has students create designs for local organizations, including the San Antonio African American Community Archive and Museum.

“I’ve always used the city we live in as a laboratory for investigation,” he said.

He created a job shadowing program that places students into local architecture firms, along with lecture series that bring alumni and prominent Latinx architects to campus.

Bohuslav is a founding member of the Coalition of Community College Architecture Programs (CCCAP), a group that aims to create new pathways for first-generation college students to transfer to four-year universities.

He was named as SAC’s most inspirational professor in 2014 and received an adjunct faculty excellence award in 2002. He was also SAC’s nominee this year for the Piper Professor Award, which honors 10 professors from throughout Texas.

“What I discovered about SAC, having taught at the University of Houston and UTSA, was that the quality of work and excellence of the program needed recognition,” he said.

He also found that working with community college students from a wide range of backgrounds and life experiences was more fulfilling than his previous teaching roles.

“It gave meaning to my practice to really devote myself to help create diversity and equity within the profession,” he said. “I love immersing in community with students and the projects we teach - and I love transferring students into universities and helping their dreams come true.”