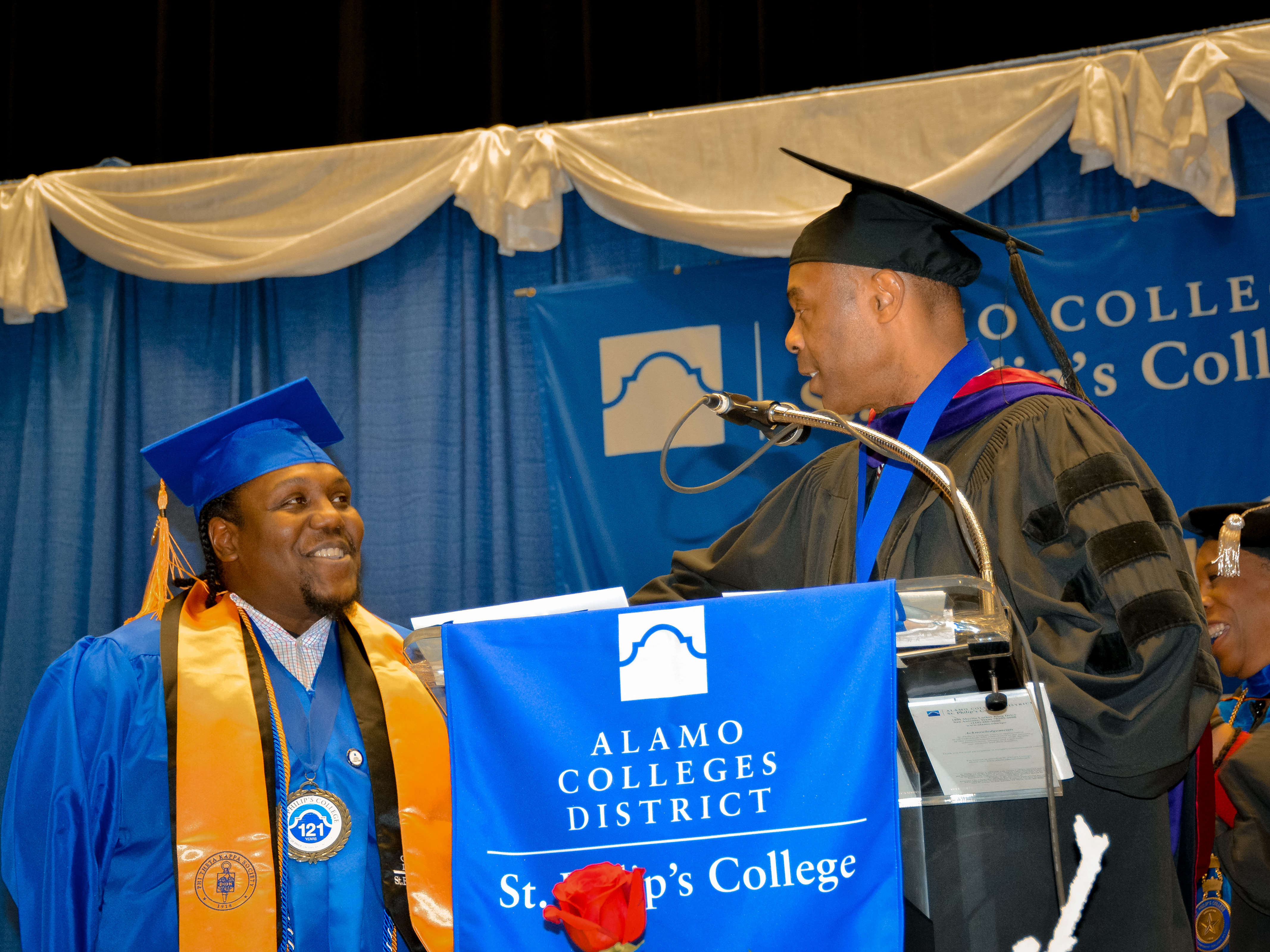 The evening featured Student Commencement Speaker, Terrance Johnson. Terrance shared his journey leading up to graduation and spoke on his experience with homelessness. After working 10+ years as an Orthodontic Assistant, he decided to leave the workforce and pursue an education in hopes of obtaining a financially secure future.

At 25, Terrance was diagnosed with Hip Dysplasia. In Fall 2017, he had his left hip replaced. Due to his health issues, Terrance has taken out loans to continue towards achieving his goal of obtaining an education.

In law school, Pulliam served on the law review. After his graduation, Pulliam spent three years as a Judge Advocate in the United States Marine Corps.After leaving the Marines, Pulliam spent the next six years as an associate in private practice, moving between The Carlson Law Firm, Ball & Weed P.C. and Ford & Murray PLLC. In 2011, Pulliam became a Judge with the Bexar County Court of Law No. 5. In 2015, he was appointed by Gov. Rick Perry as a Justice on the Texas Fourth Court of Appeals.

In 2016, Pulliam joined the law firm of Prichard & Young as he was considered for appointment to his current post as United States District Judge to the San Antonio Division in the Western District of Texas. On March 5, 2019, President Donald Trump nominated Pulliam for appointment as a U.S. District Judge.