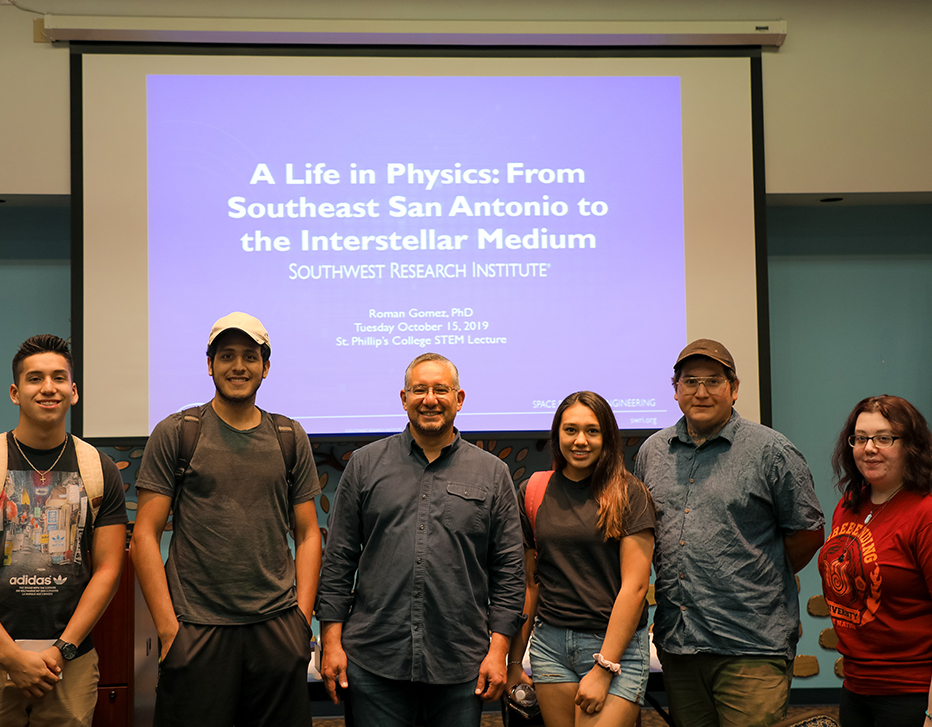 Dr. Gomez hails from his birthplace of San Antonio, Texas. A resident of the Southeast Side, he attended Highlands High School and graduated in 1988. Gomez enlisted in the United States Army and served as an infantryman from 1988 to 1991. Finally opting to attend college in the spring of 1994 he first attended The University of Texas at San Antonio. After his first year at UTSA, he transferred to the University of Texas at Austin majoring in Biochemistry and attending until the spring of 1999. In the fall of 1999, he transferred once again to Southwest Texas State University in San Marcos as a declared biology major. He began a second major in physics in 2000 and graduated Summa Cum Laude with a double major in biology and physics in the spring of 2002.

Dr. Gomez was then accepted to start graduate studies in physics at Rice University in the fall of 2003. After completing his master’s defense, he began studies in space plasma physics instrumentation under Dr. David T. Young at Southwest Research Institute in San Antonio. While working at Southwest Research Dr. Gomez participated in several efforts including the Cassini mission at Saturn, and the Comet-Chasing Rosetta Mission.

In 2011 he completed his Ph.D. Thesis “Simulation and Optimization of ESA Designs for Space Plasma Missions” through Rice University, was promoted to the position of Senior Research Scientist, and remains on staff at Southwest Research to this day.