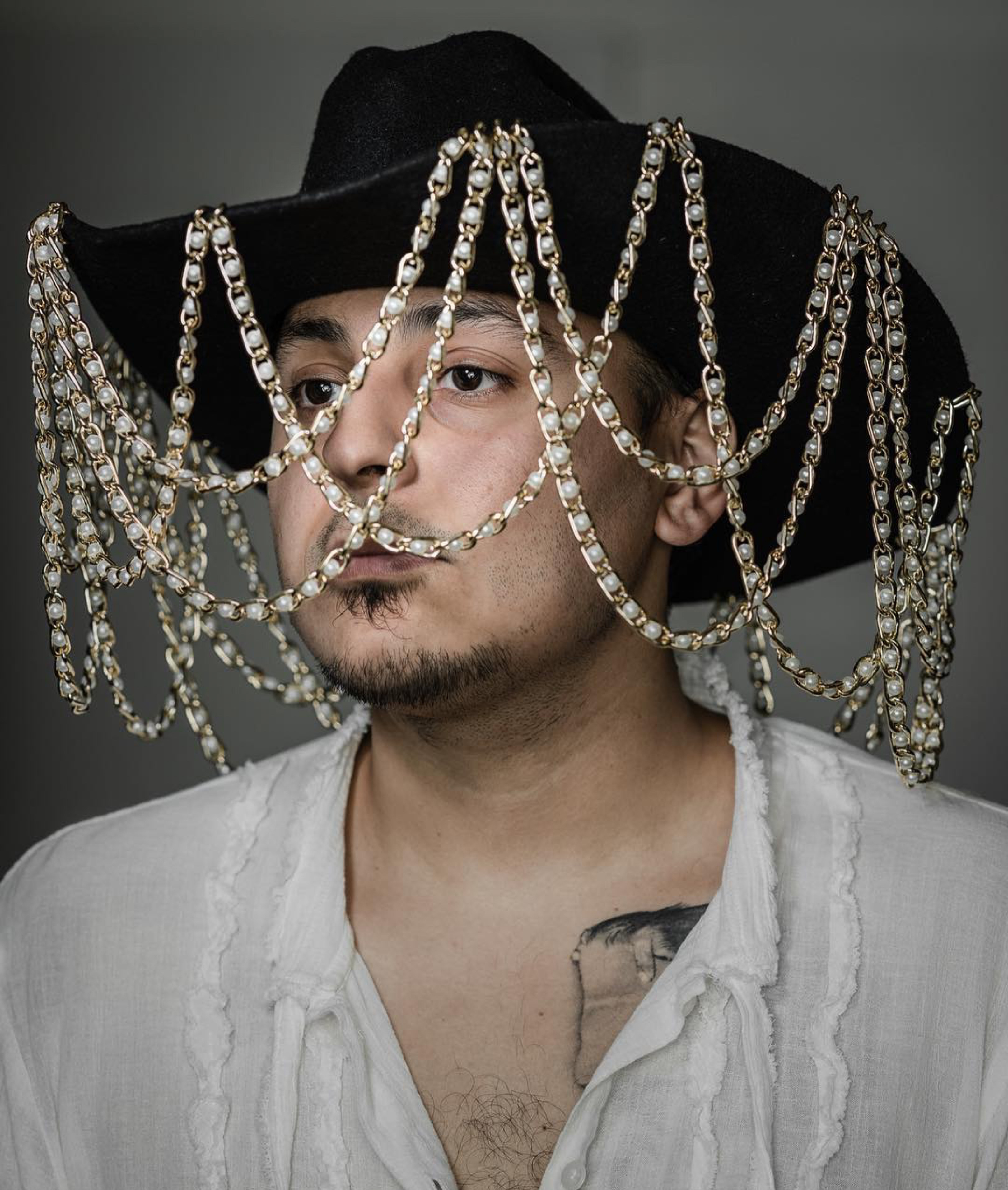 Jose Villalobos grew up on the U.S. - Mexico border in El Paso, TX, and was raised in a traditional and conservative family. His oeuvre reconciles the identity and challenges in his life, caught between traditional Mexican customs and American mores, as well as growing up with religious ideals that contrast with identifying as a gay man. In his artistic practice, Jose explores traditionally "masculine" objects and softens their virility.

He received a Bachelor of Fine Arts degree from the University of Texas at San Antonio in 2016. The same year, he was awarded the Artist Lab Fellowship Grant for his work De La Misma Piel at the Guadalupe Cultural Arts Center. In 2018, Jose received the Joan Micthell Painters and Sculptors Grant. He has exhibited and performed at Mexic-Arte Museum in Austin, TX; El Paso Museum of Art; El Museo de Arte de Ciudad Juarez, Mexico; and at Blue Star Contemporary Art Museum in San Antonio. He is currently an artist resident and co-director at Clamp Light Artist Studios and Gallery.

Using found objects, I protest the toxicity of machismo through the use of objects that carry a history, specifically within the Norteño culture. Although new forms are created, I demonstrate the battle between the stereotypes associated with identifying as a gay man and assimilating to cultural expectations. I manipulate material through the context of self-identity while examining gender roles within family culture.