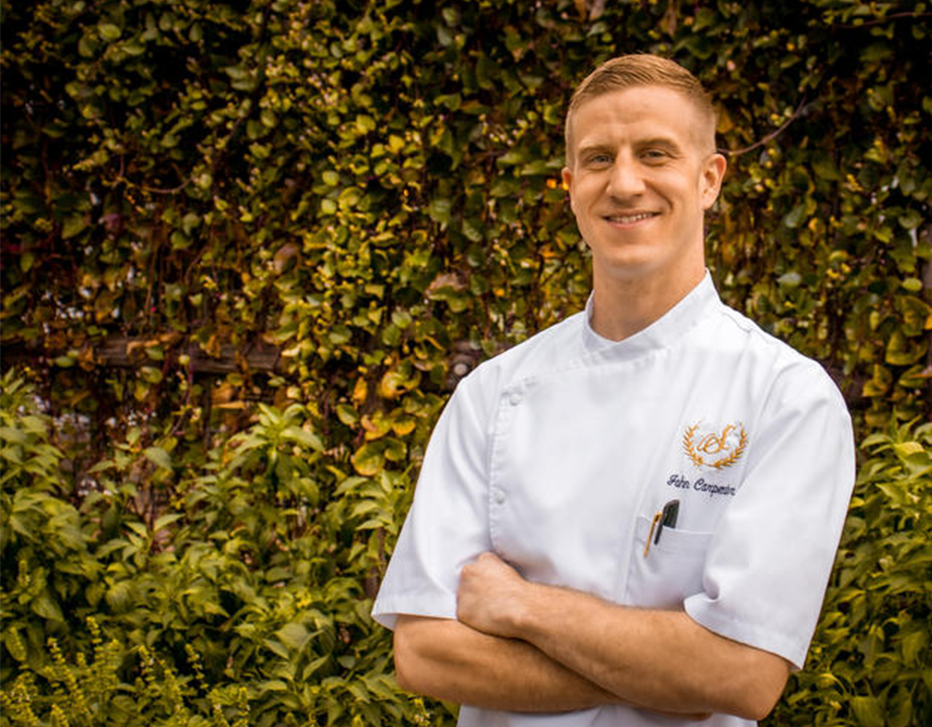 St. Philip’s College alumnus, John Carpenter, was recently named Executive Chef of Signature, an award-winning restaurant located on the grounds of La Cantera Resort & Spa. The local 70-seat eatery is known for its contemporary takes on French classics with a Texas flair.

Carpenter is a graduate of the St. Philip’s College Culinary Arts program. After earning his degree, he began cooking as a professional working his way up the ranks in the kitchens of top San Antonio restaurants including Beat Street Bistro and Nao Gastro Bar.

Carpenter earned his first job as Head Chef at the age of 24 in 2011, and in 2015, Carpenter joined The Culinary Institute of America as Chef. Before joining Signature, Carpenter was a Chef at Botika located in the Pearl Brewery.

Graduates are prepared for rigorous career demands that support hospitality industries vital to the San Antonio and South Texas economy. The industry is currently the city's second-largest industry and has an estimated $15.2 billion impact on the city's economy.

To learn more about the Culinary Arts program, click here.