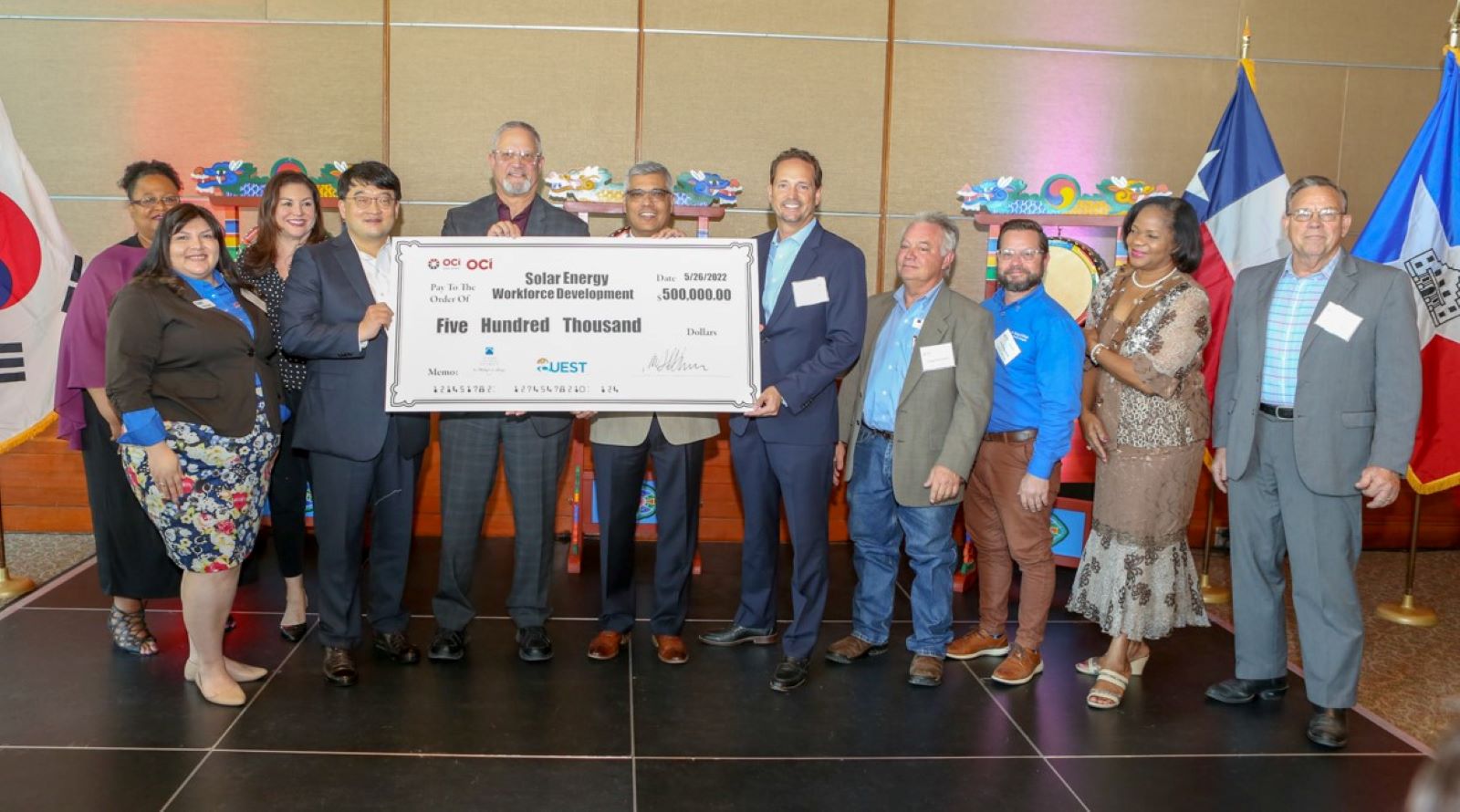 OCI Solar Power, one of the largest solar energy developers in Texas, announced a $500,000 partnership with St. Philip’s College and Project Quest to train job seekers for roles in the solar industry.

The announcement comes on the heels of OCI Solar Power’s 10th anniversary in San Antonio and CPS Energy’s recent agreement with Consolidated Edison Development for new solar energy as part of a FlexPOWER Bundle initiative. The initiative supports the development of a solar farm that will add 250 – 300 temporary jobs with priority hiring from the San Antonio area.

As part of the agreement, Consolidated Edison Development will contribute $500,000 over 10 years to support two of CPS Energy’s community priorities, customers and education. CPS Energy’s decision to partner with Project Quest and St. Philip’s College will assist the education of solar industry professionals and aid current and future workforce demands. According to CPS Energy, San Antonio is number one in Texas and number five in the nation for solar capacity. The Labor Department projects that jobs for solar panel installers will grow by 52 percent between 2019 and 2030.