The St. Philip’s College Cybersecurity Education Conference is a sponsoring forum for connecting with industry, government and academic entities to increase the awareness of cybersecurity in the state of Texas and around the world.

The purpose of this bienneal conference is to increase awareness of cybersecurity, identify educational pathways, promote cybersecurity careers, and provide networking opportunities for its participants. The conference will invite attendees from throughout the state. Additionally, it will target traditionally underrepresented, economically disadvantaged Career Technical Education (CTE) students (Special Populations) and educators serving these populations. St. Philip’s College is a designated as a National Center of Academic Excellence in Cyber Defense.

The Cybersecurity Education Conference will bridge the security gap and provide essential information to higher education and secondary students. The comprehensive conference will include keynote speakers, professional experience, and a chance to network and discuss current trends and issues within information security.

Our most recent Cybersecurity Education Conference helped bridge the security gap and provide essential information to higher education and secondary students. The conference included keynote speakers, professional experience, and a chance to network and discuss current trends and issues within information security. 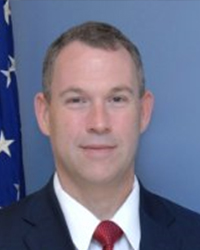 Previously, Mr. Ford was the Supervising Special Agent in the San Antonio Field Office over the Cyber squad and the largest Cyber Task Force in the country, responsible for investigating all cyber threats. Throughout his 20-year career with the FBI, Mr. Ford has also served as Acting Unit Chief, Advanced Concepts Unit; Supervising Special Agent, Investigative Analysis Unit; and Special Agent, Cyber Crimes. Prior to the FBI, Mr. Ford was a Detective in the Assault Unit and Patrol Officer in the Austin Police Department. Jon Ford is the Deputy Principal to the U.S. Cryptologic Centers for the FBI. In this role, Mr. Ford is the responsible executive for global, strategic oversight of cyber operations in North and South America, Asia, and Africa. Mr. Ford developed the U.S. Government’s framework to prioritize Cyber threats and responses. 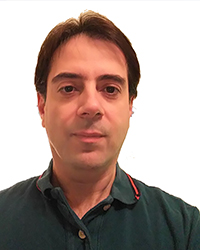 Since his graduation in 2007, he has been working in the semiconductor industry in companies such as Freescale Semiconductor/NXP and NVIDIA Corporation. He is currently a senior software developer with NVIDIA and the lead compiler engineer for the newest Volta GPU. His industry work has contributed to the advancement of GPU computation, and his academic research has been published in selected IEEE and ACM conferences and journals.Konstantinos Kyriakopoulos received the BS degree in computer science from the University of Piraeus, Greece in 1997. He received the MS degree in computer science from the University of Texas At San Antonio in 1999. From 2000 until 2002 he worked as a software engineer for Advanced Micro Devices in FAB automation. He pursued and completed the Ph.D. degree in 2007 with focus on compilers and automatic code parallelization.

George Reeves is a Cyber Security Advisor for the South Texas district with the U.S. Department of Homeland Security’s Office of Cybersecurity & Communications. His program works to foster collaboration and coordination on cyber preparedness, risk mitigation and incident response, and to provide cyber security resources, including training, exercises, and assessments, in support of the nation's Critical Infrastructure Key Resource sectors and with state and local government. 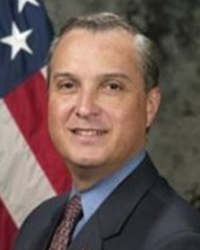 A 6th generation Texan, Joe Sanchez is an executive experienced in military and community activities involving Intelligence, Information Technology Operations and Security, Education, Innovation and Legislative matters. A local “social entrepreneur and technology evangelist,” beginning in 1998, Joe established a prominent Cybersecurity educational base in San Antonio and has helped promote the growth of local cybersecurity industries and associations. Joe served in the U.S. Senate and U.S. House of Representatives as a Congressional Fellow. He currently is the Chief, Network Operations, 625 AF Operations Center, Joint Base San Antonio - Lackland.

Women in IT Panel 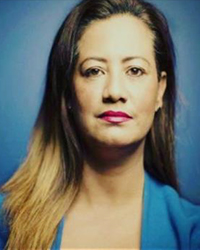 Janie Martinez Gonzalez, is a founder and business partner in more than one company in various industries ranging from technology (Web Development), nonprofit (STEM), real estate (commercial properties) and consultant (Business/Life Coaching). She is a technologist, philanthropist, and influencer with twenty-three years of experience.

She is currently the CEO of Webhead, and the founder of LATINA CEO™. Janie operates and leads one of the largest privately held women owned Web and Cyber Security companies in the city. An Internet pioneer, she paved the way for minorities men and women in tech. Her business acumen grew Webhead from a small start up to an established multimillion company with a customer portfolio of twenty-eight million in contracts over the years. 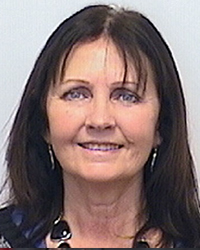 Patsy is currently the Chief Information Security Officer (CISO) for the City of San Antonio. She is responsible for all aspects of information, cyber and physical security of networks, and systems that provide services to 39 diverse City Departments. During her career, Patsy has gained experience in management, information security, security center operations, vulnerability and risk assessments, forensics, physical security, regulatory compliance and information and cyber security operations and services across multiple commercial and government business lines. She has spent 5 years in local government as the City’s CISO and 18 years in private industry and 20 years of naval service. She has served as the Director of Information Security Assurance (DISA) at Methodist Healthcare System (MHS) comprised of eight hospitals, and numerous clinics and treatment facilities. She was an Operations Manager responsible for over 150 security engineers and analyst including a 24x7 Security Operations Center and Director of IT Security for a FORTUNE 500® scientific, engineering, and technology applications company. She has managed information technology and physical security teams as well as delivery for government and commercial clients including Department of Defense (DOD), criminal justice, banking, oil and gas, healthcare, federal, state and local government. She is a graduate of the University of South Carolina in Columbia, SC and earned her Master’s Degree in Computer Science from the Naval Post Graduate School in Monterey, CA. 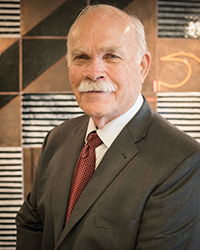 Dr. Glenn Dietrich received his Ph.D. from The University of Texas at Austin. He started the information assurance (IA) program in the College of Business developing an undergraduate degree in IA as well as a concentration at the master’s level. He has also been responsible for developing minors in information assurance, technology management, digital forensics and data center and network management. The curriculum now includes 20 classes related to cyber security. He founded and was the first director of the Center for Infrastructure Assurance and Security (CIAS).

How to become a National Center of Academic Excellence in Cyber Defense and Dual Credit?