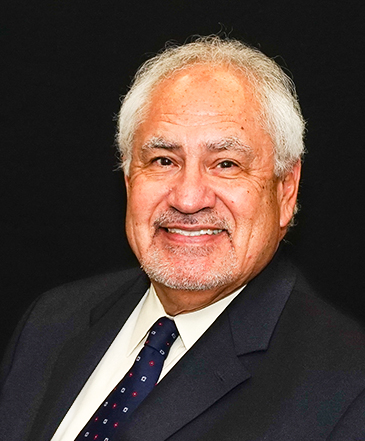 Veteran educator Joe Jesse Sanchez was named by the Alamo Colleges District Board of Trustees in November 2017 to fill the vacant District 9 seat. He will serve on the board until November 2020, when elections for several positions on the board, including District 9, will be held.

Recently retired, Sanchez last service was as the administrator of the Bexar County Juvenile Probation Department's Juvenile Justice Academy 2008-2018, which operates a program for students expelled from school districts across Bexar County. In his 45 years as an educator, he has served as a teacher, community information officer, assistant principal, high school principal, Director, assistant superintendent, and additional administrative positions in the Harlandale, Edgewood and San Antonio Independent School Districts. He also taught as an adjunct professor at Texas A&M University – Kingsville.

Sanchez began his college career at Alamo Colleges District – San Antonio College and earned a bachelor's degree from St. Mary's University and a master's degree in education from Our Lady of the Lake University.

His community involvement includes serving as a board member of the Andy Mireles Charitable Foundation, San Antonio Youth Literacy Council, member, the Texas A&M – San Antonio Graduate Alternative Certification Advisory Board and the John F. Kennedy High School Alumni Organization Board. He formerly served as a Bexar County Juvenile Justice Academy advisory board member and chair. He has been honored with the 2019 Paul and Irene Elizondo Legacy Award-Madonna Center, Inc. and the 2008 Hombre Noble award from the San Antonio Fatherhood Campaign and the Community Champion award from the Bexar County Consumer and Family Conference.